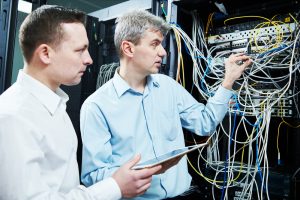 Technology Portal has been providing professional and reputable IT service and support, including networking support for small and medium-sized businesses throughout the Marysville and surrounding Seattle areas for over ten years. Although technology has changed a great deal in this timeframe, our business ethic hasn’t. Part of our mission is to support small and medium-sized businesses with quality IT service as well as 24-7 networking support in Marysville.

At Technology Portal, we understand that with the improvements and advancements in technology today that many businesses cannot function without technology or a wireless network. Because so many business functions, operations, and production can be done over a network rather than in an office, this makes wireless networking and computer networking extremely important. This is one reason why we provide small and medium-sized businesses with 24-7 IT Networking Support in Marysville.

Dealing with wireless networking or other networking connectivity errors or issues can be detrimental to the production and overall output of a business. If this sounds like something your team is frustrated with, then it’s time to contact a networking engineer at Technology Portal for emergency networking troubleshooting and help. The team of engineers at Technology Portal will visit your location, diagnose and troubleshoot the problem, find a resolution, and then also talk to you about some preventive maintenance strategies as well as a possible technical strategic plan to avoid networking issues in the future. Technology Portal can help your business move forward with 24-7 IT networking support in Marysville.